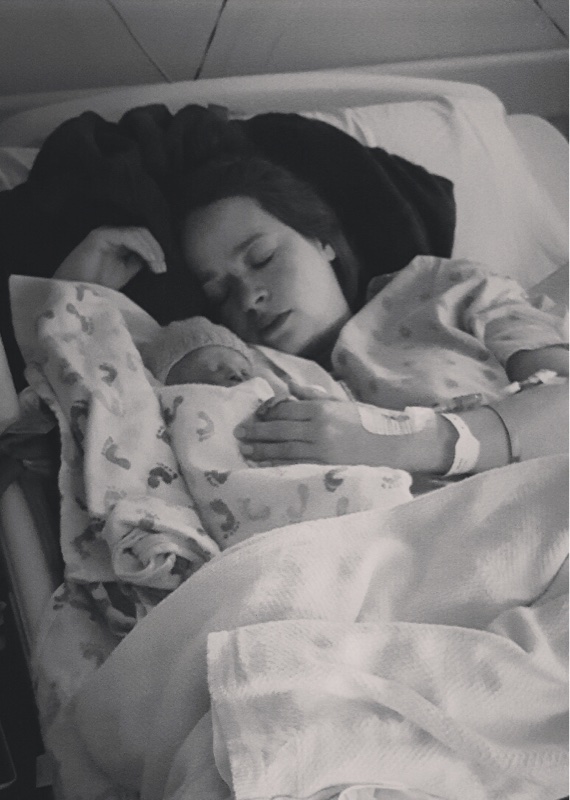 My husband and I began trying for our first child in 2015. Finally, when we found out we were pregnant in July 2016 we were over the moon! Wyatt would not only be our first child, but also the first grandchild on both sides of our family. The months that followed were filled with so much joy and, for me, non-stop pregnancy symptoms. Wyatt certainly wanted to make his presence known, and that was just fine with me! I’ve waited my whole life to have a child, and as long as he was a healthy, growing baby, I’d take whatever complications came with the pregnancy.

From the moment he started moving, Wyatt did not seem to stop. Always kicking, punching and hiccupping, every doctor visit we were told, “He’s as happy as can be in there!” As we patiently waited for our squirmy little boy to arrive, our excitement grew, and I felt March 27, 2017 could not come soon enough.

On March 2, however, the unthinkable happened. I had noticed in the morning that I hadn’t felt Wyatt move. I promptly did all the recommended “tricks”; I used the restroom, drank a big glass of water and laid on my left side. Still nothing. But by this time, we would be leaving for our doctor appointment soon, so I tried not to worry. After all, everyone always said not to be surprised if I feltless movement because as he grew, there was less room.

Upon arriving at the office, I shared with the nurses that I hadn’t felt Wyatt kicking, they made a note of it, told the doctor, and got me into ultrasound. As usual, the nurse took measurements, and she didn’t say anything at first, but I could tell something was wrong. Finding the heartbeat was always the first thing she checked, and this time I didn’t see it. Finally, she cautiously told my husband and I that she was going to get the doctor. He came in, continued the ultrasound and then said those four dreadful words that changed our lives forever: “There is no heartbeat." I lost it. Our world was turned upside down. How could our happy boy just be gone?Cry , scream and clutch my belly were all we could do.

The next ten hours were a whirlwind of doctors, nurses and questions like, “did he have a name?” and “would you like to hold him after?”

Saying we felt overwhelmed would be an understatement. 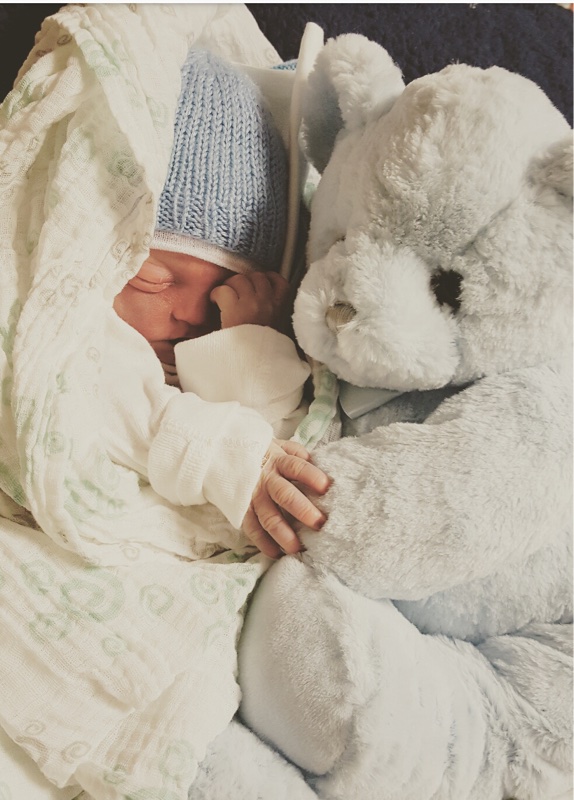 On Friday, March 3, after nine agonizing and emotional hours of labor. I gave birth to our handsome little 6lb 5oz, 20.5in boy. Wyatt Michael Wizceb may have been stillborn, but he was the most perfect angel we could have imagined. From the moment I held him in my arms, I did not want to let Wyatt go. His skull and skin were extremely fragile, so anyone handling him made me nervous.

Over the weekend, we made the phone calls that should have been cheerful, instead through our tears, we had to inform our closest family and friends that we had lost our sweet boy. Thankfullyour hospital had a Cuddlecot, which allowed us to keep Wyatt with us until Sunday. Our families and close friends were able to meet Wyatt as well, which meant the world to us. We wanted to share him with those we loved, as we knew he had also touched their lives.

This gift of three days with my baby allowed me time to bond, nap and take photos of him. Photos that I will cherish for every day of my life. They are a reminder that he was real, and here and a person and our first baby. 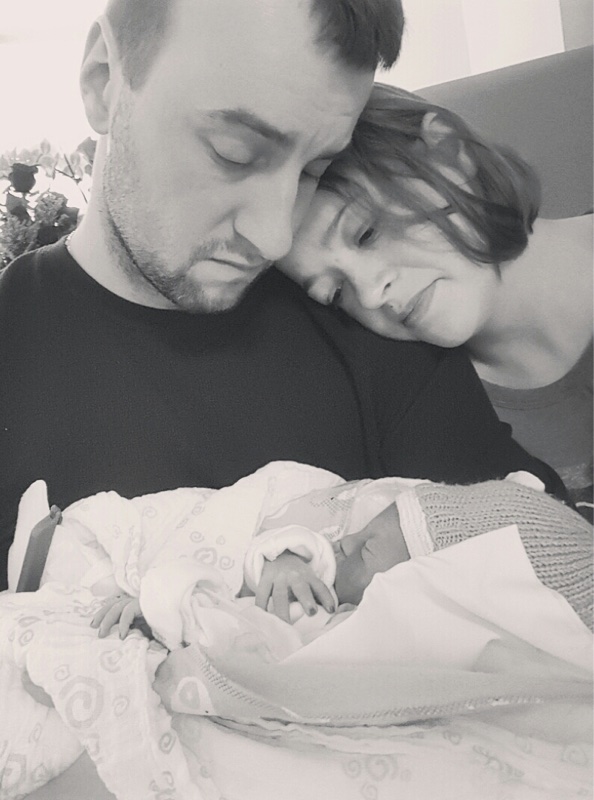 I am forever grateful to our nurses who cared so deeply for us over the weekend. They handled Wyatt so delicately and spoke to us with true compassion. We created a timeline with small goals, like letting Wyatt “rest” while we ate breakfast and took a shower. Then on Sunday at noon, we would say our final “goodbye” and let the nurses take care of him.

Still, leaving the hospital on Sunday tops the list as the most difficult thing I’ve ever had to do. I had to willingly hand my child over and never hold him again. Only to come home to an empty house, and a baby room that wouldn’t be used. Grief took over our lives.

The outpouring of love we received from those close to us was incredible. One of the most helpful gifts showed up at our door a few days after returning home: Wyatt’s “Birth”day Bear; a huggable, teddy bear who weighed exactly Wyatt’s birth weight. A few of my neighbors had contacted HEALing Embrace (a non-profit organization that provides support, both emotionally and financially, to families who have suffered pregnancy and infant loss) and they created and sent us our perfect gift. Getting to hold my Wyatt bear, and feel his weight on my chest is extremely comforting and helps me feel closer to him, even to this day. 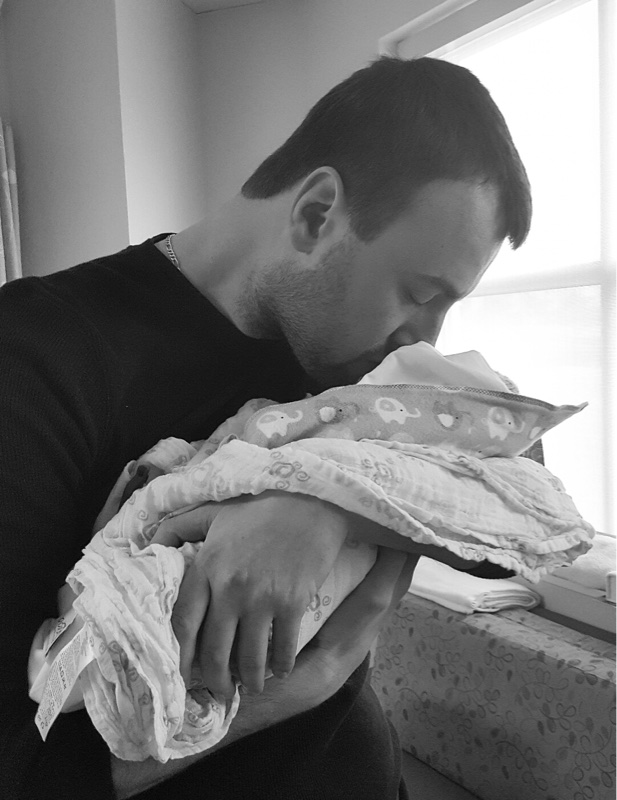 In the weeks to come, we slowly began rebuilding our life, going back to work and attempting to find our “new normal”. I began doing research about HEALing Embrace, as well as this Cuddlecot that allowed us the gift of time with our angel. Irealized that this was a way we could help others who are suffering similar loss. We could raise money to donate to HEALing Embrace as well aspurchase Cuddlecots for the 90% of hospitals in the United States that didn’t already have one. And from that, Wishes For Wyatt was born.

With the help of a friend, we developed thewebsite www.WishesForWyatt.com to share Wyatt’s story and our mission with the world. I began creating fundraising events and eventually apparel and became committed to promoting pregnancy and infant loss awareness and using my son’s legacy to do so. By using Wyatt’s name in every event we organized, we encouragedpeople to say his name and I got the honor of being reminded of my boy daily. 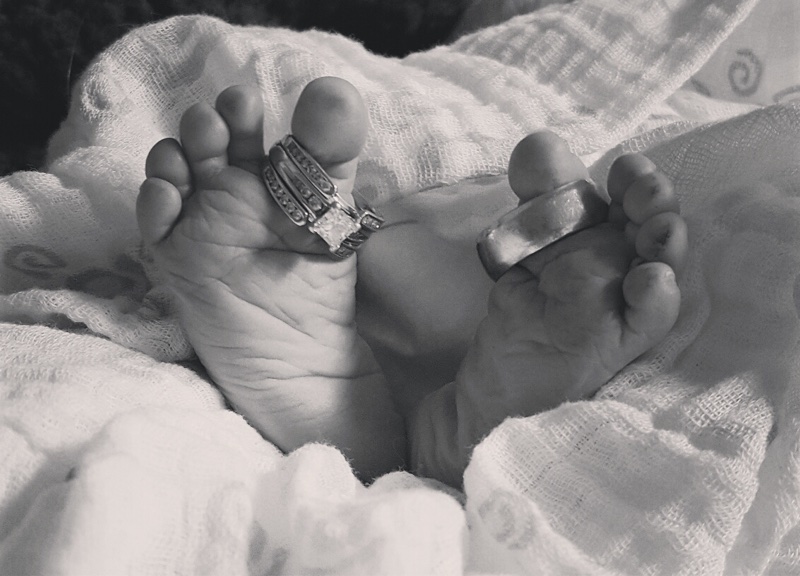 Just two weeks ago, Wyatt spent his second birthday in Heaven. While we miss him dearly and mourned his loss, we celebrated all we have been able to do in his honor. To date, we have raised almost $23,000 which gave us the opportunity topurchase four Cuddlecots for hospitals across the Midwest as well donate $10,643 to HEALingEmbrace. 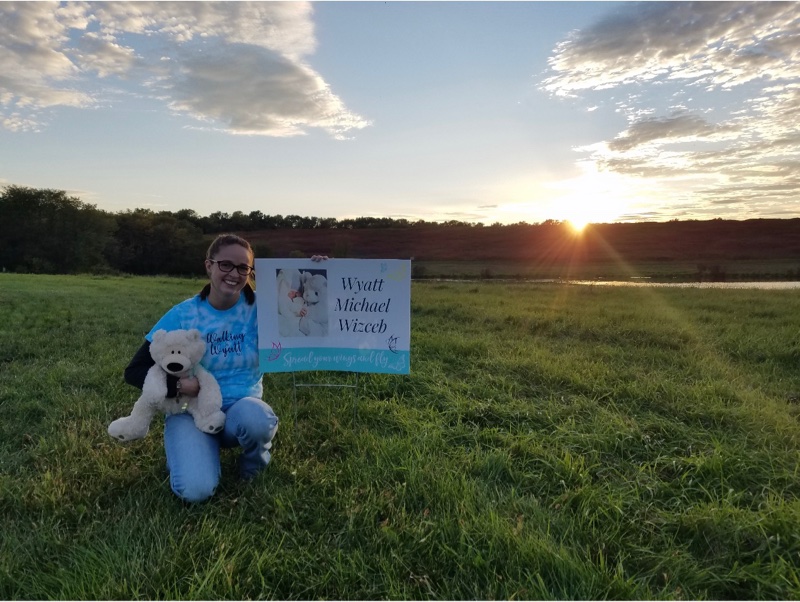 Wyatt’s little life has changed my entire world. He not only made me a mom, he did so much more. Before March 2017, I had never seen myself as brave. I never really had a reason to be. But having to leave my baby at the hospital on March 5, 2017 changed me. Now I live so that my child will not be forgotten and so his precious life had meaning. As parents to an angel baby, my husband and I wake up each day optimistic that God has a plan for Wyatt, and one way we can help see that plan through is by sharing his story with the world.